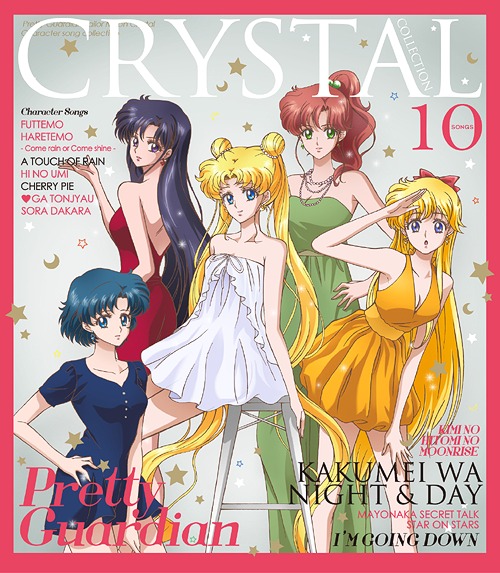 The Sailormoon Official Channel has released a promo video for the first character song album for the anime, which is set for release on April 29, 2015. First press will include a magazine-style sleevecase and CDJapan customers will also receive an exclusive postcard.

The promo video features the track “Revolution Night & Day”, a song performed by all 5 senshi. I love character albums, so I preordered this one today from CDJapan along with the Sailor Moon Crystal OST.

The album features songs by all five senshi, Mamoru…and Jadeite (?!), so it looks like this album is intended to represent the Dark Kingdom arc. Hopefully we’ll see a second album featuring songs from Luna, Artemis, Chibi Usa and Pluto, and one of the Black Moon sisters.